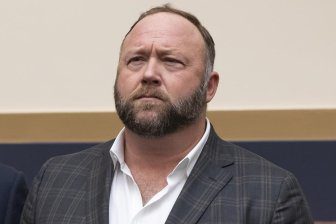 According to a statement from the Los Angeles Fire Department (LAFD), “a solo passenger vehicle struck and came to rest well within a 738 square foot two-story home in the Mar Vista neighbourhood, causing structural compromise and erupting in heavy fire prior to LAFD arrival.”

Made in Austin! Filming Locations for Man Of The House

“Fifty-nine firefighters took 65 minutes to access, confine and fully extinguish the stubborn flames within the heavily damaged structure,” the statement published on their website said.

The LAFD added that they rescued one female adult found within the vehicle, who was taken to an area hospital in critical condition by LAFD Paramedics.

The LAFD told Global News they cannot provide further information about the woman involved in the incident due to privacy reasons.

Media outlets such as CNN, Los Angeles Times and CBS suggest that the person involved was 53-year-old actress Anne Heche.

She is now in stable condition, a representative for the actor told People magazine.

Anne Heche is in the hospital severely burned from a car accident this is really tragic. Pray for her.

Heche was driving a blue Mini Cooper at the time, according to local media reports.

Heche came to recognition for her role in the soap opera Another World, which won her a Daytime Emmy Award and two Soap Opera Digest Awards.

Heche is also an Emmy-nominated actress who received a Primetime Emmy nomination in 2004 for her role as Rowena Larson in Gracie’s Choice in the category of “Outstanding Supporting Actress in a Miniseries or a Movie.”

She is known as the former partner of American comedian and television star Ellen DeGeneres.

Heche is now in stable condition and is “expected to pull through,” according to her ex-boyfriend Thomas Jane, The Daily Mail reported on Saturday.

— With files from the Canadian Press