How Much Money the TikTok Star Makes 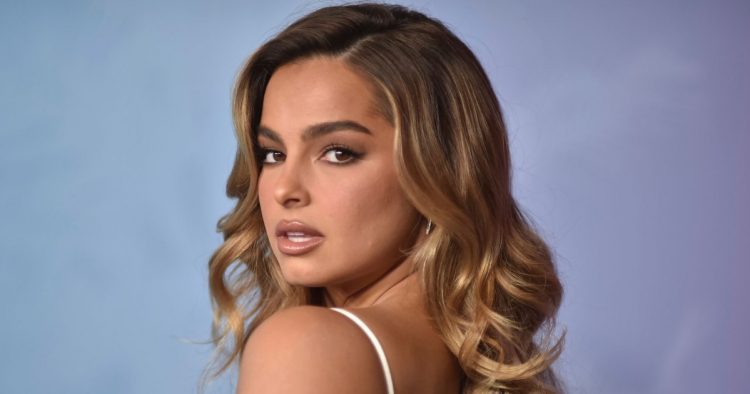 At just 21 years old, Addison Rae has become one of the biggest names in Hollywood — and her net worth proves it! The TikTok star is worth an estimated $15 million, according to Celebrity Net Worth. To learn how the Louisiana native makes her millions, keep reading.

Addison Rae is one of the most-followed people on TikTok:

Addison’s current ranking on TikTok is No. 4 — after Charli D’Amelio, Khaby Lame and Bella Poarch — with more than 87 million followers and 5.7 billion (yes, billion) likes. So, how much money does Addison actually make from TikTok? Between $50,000 and $80,000 per video, per multiple outlets.

Addison had a brief scare on Thursday, October 14, 2021, when she shared with followers a notice that was sent to her by the app, saying that she had been “permanently banned.” Jokingly, she tweeted to her fans that it was “time to get a job.” However, thankfully by the following day, she had been reinstated on TikTok and her account was once again live.

Addison Rae is an actress:

Addison’s first feature film, He’s All That, hit Netflix on August 27, 2021. The movie is based off 1999’s She’s All That starring Freddie Prinze Jr. and Rachael Leigh Cook.

He’s All That also features Rachael and a cameo from Addison’s good friend Kourtney Kardashian.

Addison Rae is a model:

Addison Rae is a singer:

In March 2021, Addison released her hit single, “Obsessed,” with Sandlot Records. The music video has more than 24 million views on YouTube.

Addison Rae has a beauty brand:

In 2020, Addison launched her very own makeup line, ITEM Beauty, in partnership with Madeby Collective. Now, ITEM Beauty is being sold online and in-store via Sephora.

“Sephora gives a bigger place for me to really put my mark in there and say, ‘I’m a part of Gen Z, and I think clean beauty is also important.’ And now, I get to do that with someone that’s leading clean beauty,” she told Elle in an August 2021 interview.

“A big part of makeup and cosmetics is just being able to be able to see it physically, and touch it, and feel it, and see the shades in person,” Addison added. “And when we launched during the pandemic, that was something that wasn’t an option. And we now getting to do that in Sephora is exciting because I think so many more people are going to get to physically be able to look at the products, feel the products, touch them and be open to such a bigger audience that trusts Sephora.”