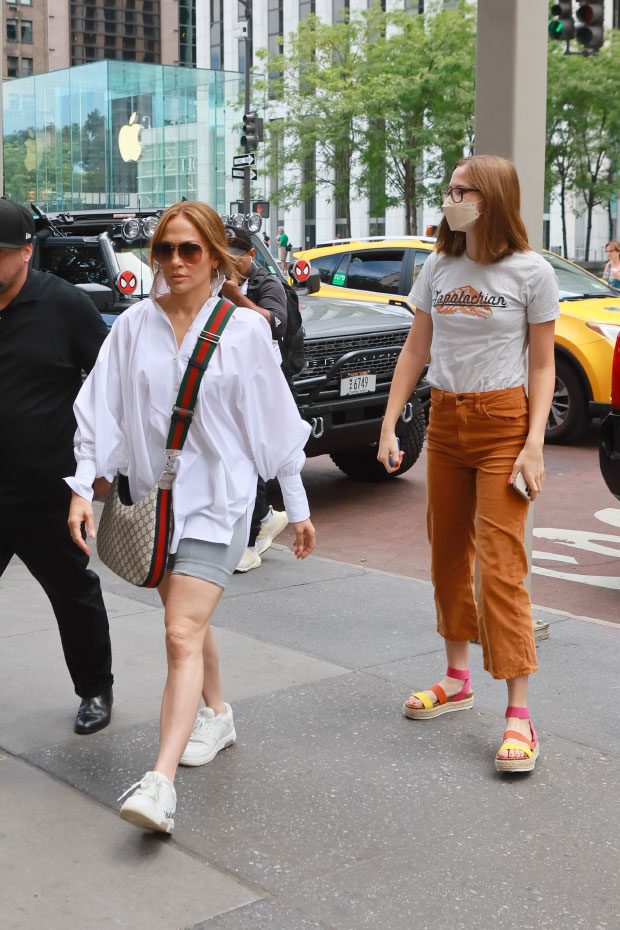 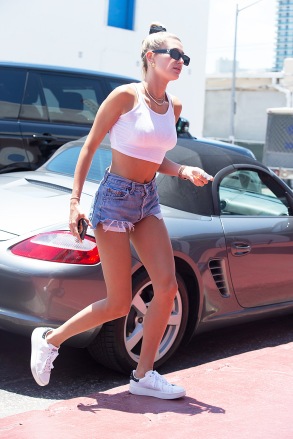 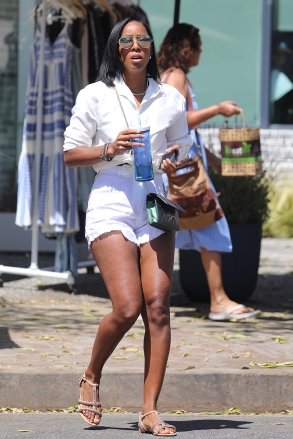 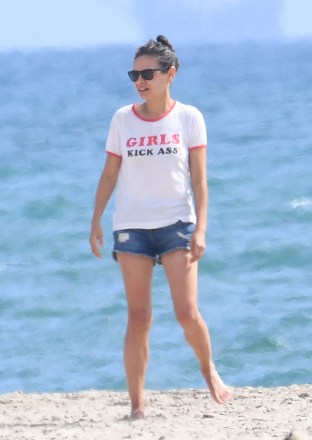 Jennifer Lopez, 53, was spotted with Ben Affleck‘s daughter Violet, 16, in New York City just one day ahead of his 50th birthday. The Bronx native stayed chic and casual in a pair of fitted gray bike shorts with an oversized white button down shirt on Sunday, Aug. 14 as she exited a car with the teenager. She kept her hair back in a bun and accessorized with a pair of oversized wire sunglasses and silver hoop earrings, as well as a $2,980 crossbody Gucci bag. J.Lo opted for the brands’ newly released Gucci Attache large shoulder bag in their newly re-launched blue monogram. 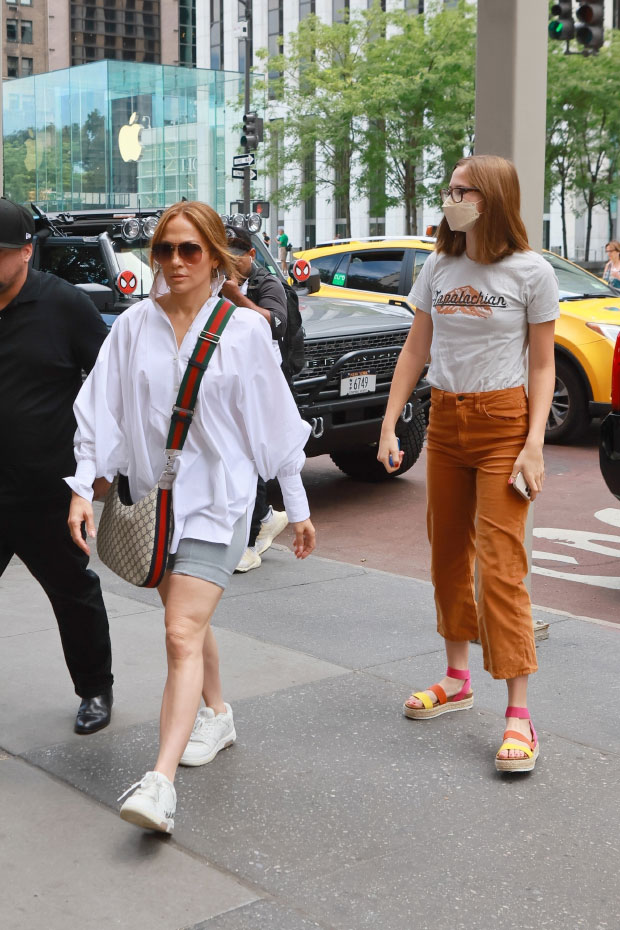 Meanwhile, Violet channeled the 70s with a cropped straight leg rust pant and a tucked in white graphic t-shirt. Jennifer Garner‘s daughter rocked a protective face mask and her usual glasses, staying cool on her feet with a pink and yellow espadrille sandal.

Newly married Ben and Jen were spotted boarding a private jet a day prior in Los Angeles, along with their kids. There was no word on where the couple was headed, but New York was evidently the destination — and possibly where the couple plants to celebrate Ben’s milestone 50th. Notably, The Town actor hails from nearby Boston, MA — so it’s also plausible that the duo could head north to mark the occasion with his mother Chris. 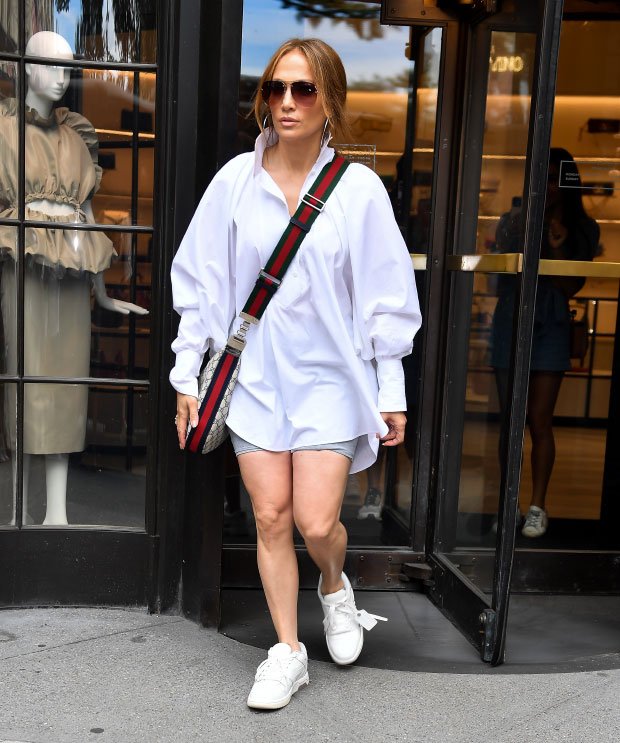 Ben and Jen shocked the world just over a month ago when they legally married in a Las Vegas, Nevada ceremony on July 16. They were joined by just her child Emme, 14, and his daughter Seraphina, 13, as witness for the intimate affair, where Jen wore a vintage dress from “an old movie” (believed to be Jersey Girl with Ben, which came out after their 2004 split), per her On The JLo newsletter.

The Maid In Manhattan star also recently had a birthday last month, which the couple celebrated in Paris alongside kids Violet, 15, Seraphina, and Samuel, 10, as well as her twins Emme and Max, 14. Ben and Jen first stopped by the Monsieur Dior restaurant inside the flagship Dior store at 30 Montaigne Ave., where she turned heads in a hot pink Reformation dress with a midi-length cut. Later that night, they got glammed up for a formal romantic dinner! The duo looked sensational as they held hands walking down the hallway of the Rosewood Hotel De Crillon hotel, with Jen slaying in a black gown.

Jennifer Lopez As A Bride: All The Times She’s Worn A Wedding Dress In Films