How Much Money the Singer Makes 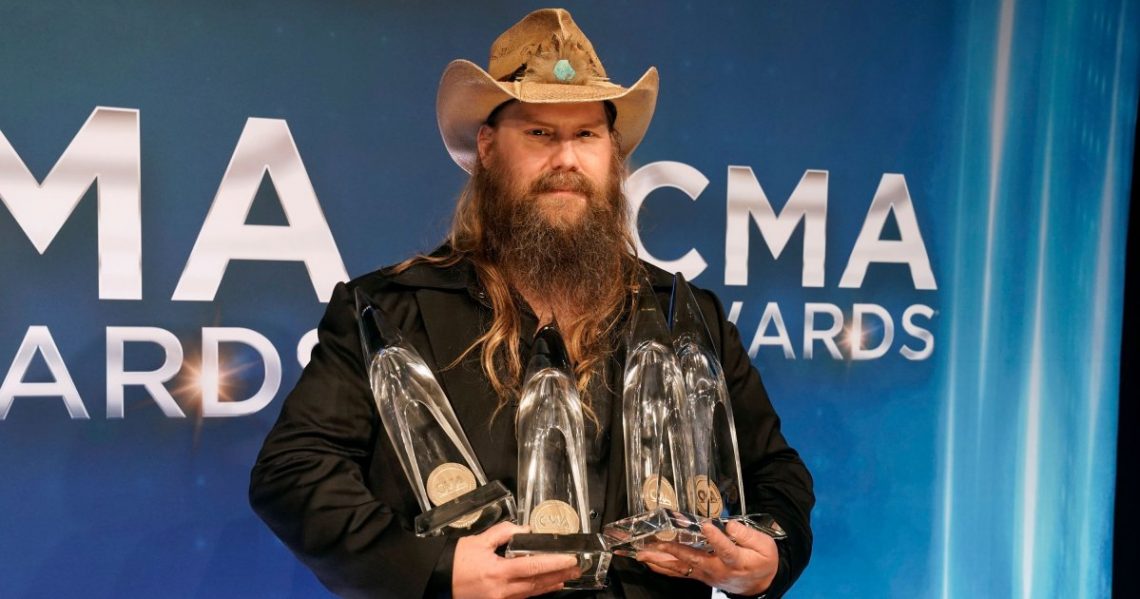 Chris Stapleton is one of the biggest names in country music today! The CMA Award winner rose to prominence early on in his career as a songwriter for big-name artists like Thomas Rhett and Sheryl Crow. The “You Should Probably Leave” singer is now one of the most popular stars in country music, with a net worth that reflects all of his mainstream success.

Chris has an estimated net worth of $12 million, according to Celebrity Net Worth. The Kentucky native initially moved to Nashville to pursue an engineering career. Once there, he found a love for singing and songwriting that sparked the first of his four award-winning studio albums. His debut album, Traveller, was certified quadruple platinum and became the best-selling album of the decade.

Throughout his career, Chris has drawn inspiration from his former bluegrass band, The SteelDrivers. He quickly established his presence in country music after picking up CMA Awards for Album of the Year, New Artist of the Year and Male Vocalist of the Year in 2015. He never expected Traveller to blow up as much as it did.

“I was going to be completely elated if we sold 50,000 records and I got to make another record,” Chris said during an episode of Walking the Floor in 2017.

Album sales are only a small fraction of the father of five’s earnings. Chris headlined a tour with Hank Williams Jr. in 2016. His All-American Road Show Tour kicked off in 2017, with tour dates through 2022. To wrap up 2019, Chris played sold-out shows, raising his all-time ticket sales to over 2 million units. His raspy sound and songwriting skills led him to be named the first-ever Artist-Songwriter of the Decade by the Academy of Country Music that year.

It was announced in 2020 that the Country Music Hall of Fame and Museum would be dedicating an entire exhibit to Chris. He also partnered with Ram Trucks in 2021, singing a cover of Al Green’s “I’m a Ram” for a series of commercials. Despite topping the charts and winning countless awards after years in the industry, Chris still remains extremely humble.

“These things are fantastic to win, but when you get nominated and invited to these kind of parties, you’ve already won, and you’ve already gotten far beyond anything anyone who’s a musician could ever dream of,” he said at the 2018 CMAs “[We’re] getting to do so many great things with our time and with music that it’s amazing.”