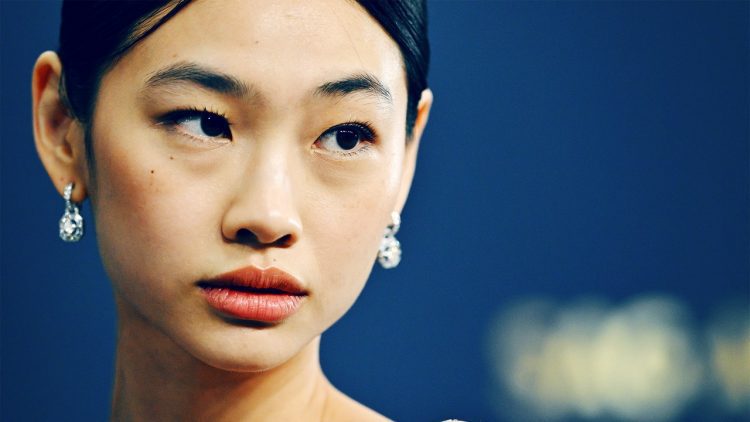 The Korean actress, who also goes by simply Hoyeon, played Kang Sae-byeok, a North Korean defector who enters the deadly games in order to win enough money to bring the rest of her family over the border and start a new life.

Oftentimes, the camera hovers on a close-up of Jung’s face, not just for its beauty — before launching her acting career she was an international model who walked in shows for Marc Jacobs, Fendi, Burberry and Louis Vuitton and is currently one of the faces of N°1 de Chanel— but because of the weight of the emotion she delivers with just her face. It’s an impressive performance, especially because it was her very first acting gig, and earned her a supporting actress in a drama nomination, one of Squid Game’s 14 noms, including best drama.

So when the 28-year-old actor logs on for our interview for Little Gold Men (listen to the full episode above), she’s quick to mention it’s her first podcast, and she feels a little weird being unable to use her physicality. “I hate my voice,” she says with a laugh.

But Jung has a lot to say with that voice, especially about how her career has exploded since the release of Squid Game. She signed with CAA, won the best actress prize at the SAG Awards (giving an emotional speech that made her instantly the darling of the night) and booked a role in The Governesses, an A24 film in which she’ll star opposite Lily-Rose Depp and The Worst Person in the World’s breakout Renate Reinsve.

Ahead of the Emmys, Jung is taking some much needed time off. When we speak she’s back in Korea for a bit, but she says she does have to change some of her day-to-day habits because of her newfound fame. “I have to wear a hat all the time, but it’s actually good because I don’t wear any sunscreen normally,” she says with a laugh.

The more significant change, says Jung, has been trying to remain grounded despite the fame. “It’s a very confusing emotion, having this recognition,” she says. “It’s a good thing but at the same time if you can’t control or handle this well, it could be very toxic to your life.”