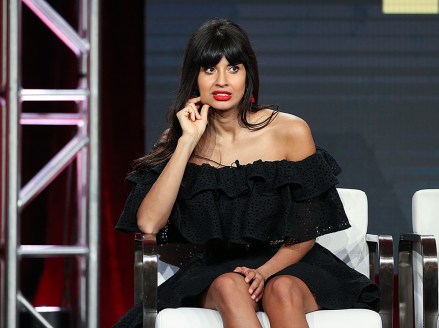 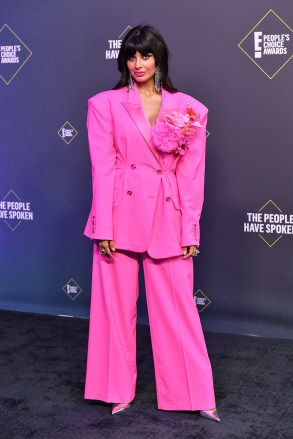 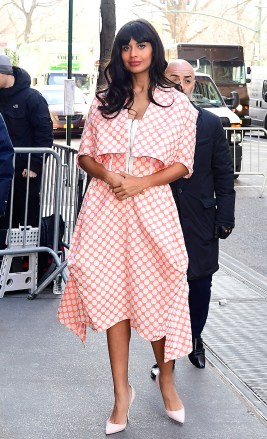 Jameela Jamil, 36, got a little cheeky on the red carpet of the She-Hulk: Attorney At Law premiere in Hollywood, CA when she talked about pulling a muscle in a NSFW spot while filming the series. The actress, who plays the role of Titania in the series, admitted she did all her own stunts and was shocked to know she could injure a very certain section of her backside from the strenuous activity. “Oh, I did it all! I did it all,” she told Entertainment Tonight about the stunts. “I was hurting in place that I really didn’t know exists.”

“Like, you’ll probably have to bleep this out, but I pulled a muscle in my a**hole,” she added. “I didn’t know that was possible!” 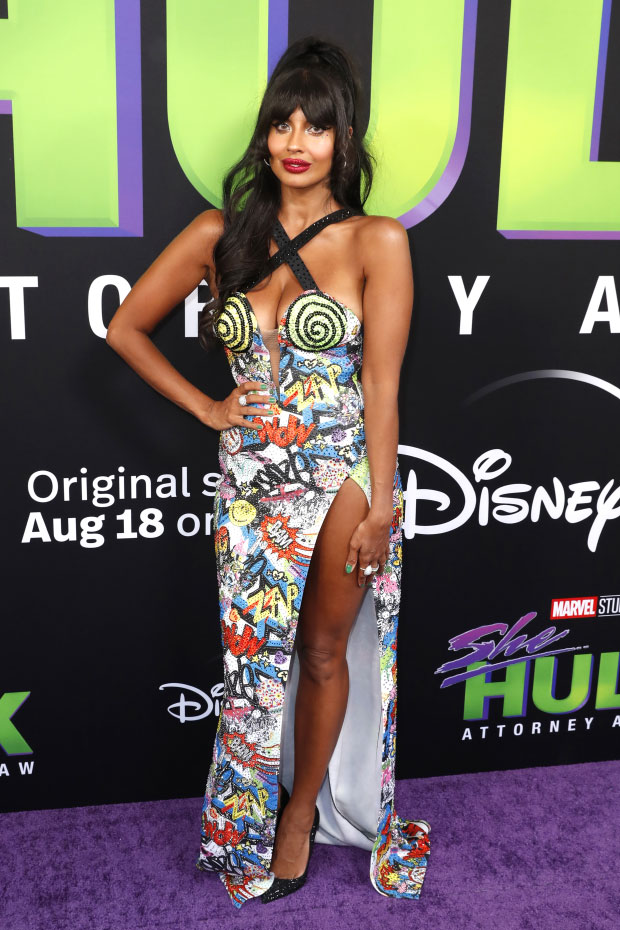 Jameela Jamil at the Hollywood premiere of ‘She-Hulk: Attorney At Law.’ (ETIENNE LAURENT/EPA-EFE/Shutterstock)

The talented star also talked about learning “jiu jitsu and kung fu and combat in the air” for the action-packed show. “I don’t know how much of it ever gets to make it to the big screen, because CGI is bonkers,” she explained. “But I got to do all my stunts pretty much myself! And that was something I’ve never done before, because I’m the ultimate couch potato. I am just a puddle with bangs.”

Jameela’s work on She-Hulk had her acting alongside other fantastic actors like Tatiana Maslany, who plays She-Hulk, and Mark Ruffalo, who she praised, in the premiere interview. “There was a day where we were all rehearsing together for a scene and he made it feel like we were just rehearsing for a school play, it felt so fun, so free,” she remembered. “He’s so generous, he’s so playful, he’s so not what you would think someone at that level would be. He’s just a gentleman.” 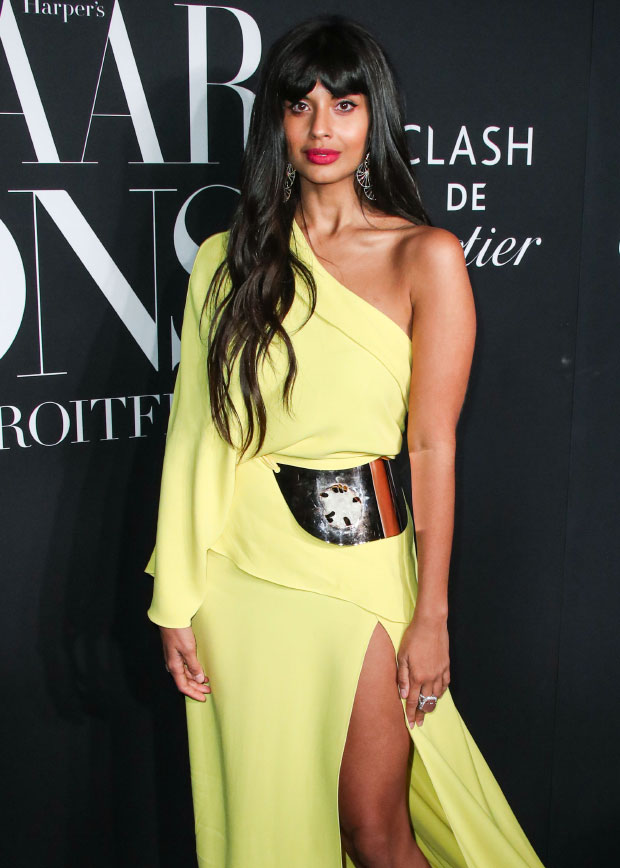 Back in Oct., Jameela also spoke EXCLUSIVELY to HollywoodLife about her experience filming She-Hulk and called it “extraordinary.” “I had such an amazing bonding time with so many of the women on set. The script is so empowering, and hilarious,” she told HL, while discussing the new “Equal Too” series on Seneca’s Conversations on Power and Purpose podcast. “To also have an Asian woman at the helm of creating a show like this just feels really exciting. All of it just felt very of the moment, very necessary.”

She-Hulk: Attorney At Law premieres on Disney+ on Aug. 18.