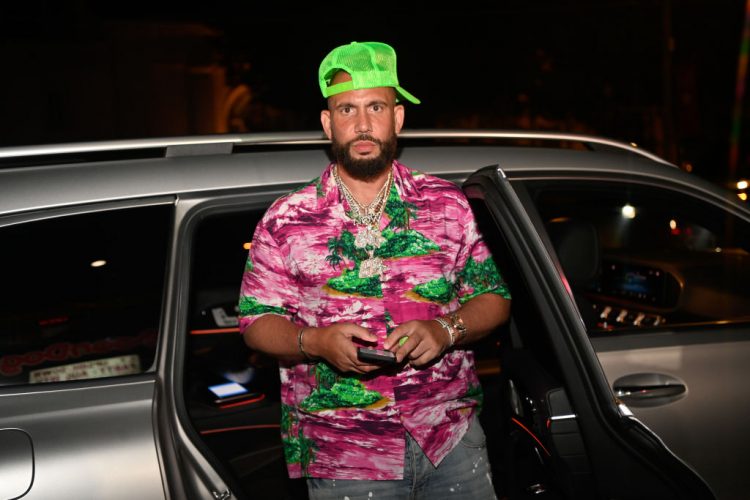 During an appearance on Rory & Mal’s podcast, Dj Drama reflected on the Drake and Meek Mill beef stating everyone played a part in it.

Khloé Kardashian Reacts to Tristan Thompson Drama on The Kardashians

Almost 7 years removed from the beef DJ Drama is reflecting on 2015s biggest beef between Meek Mill and Drake during a recent appearance on Rory and Mal’s Podcast. The 2015 beef was the highlight of that summer and gave us probably the best bully-era Drake tune with “Back 2 Back“. Drake also delivered an insane opening to his 2015 OVOfest using memes from Twitter to slander Meek and hit the stage.

DJ Drama Reflects On The Drake & Meek Mill Beef Says ‘Everybody Did Something Wrong’.

While on Rory and Mal’s podcast DJ Drama reflected on the 2015 beef and admitted he wasn’t the only one who did something wrong a collective effort caused the events that transpired.

“It’s water under the bridge. It went down. It was a hip-hop moment, you know what I’m saying? Like it’s hip-hop history,” he said. “Those guys have gotten to tell their true sides of their stories … There’s also a lot that I’ve held back on and haven’t put out there. One day, will it all make sense? Maybe. But, you know, maybe some things are just left to be untold. But everybody played a role in how it went down. Nobody’s all the way innocent.”

Drama admits he’s got love for everyone involved but everyone has to take accountability. You can watch Drama talk about the situation below.