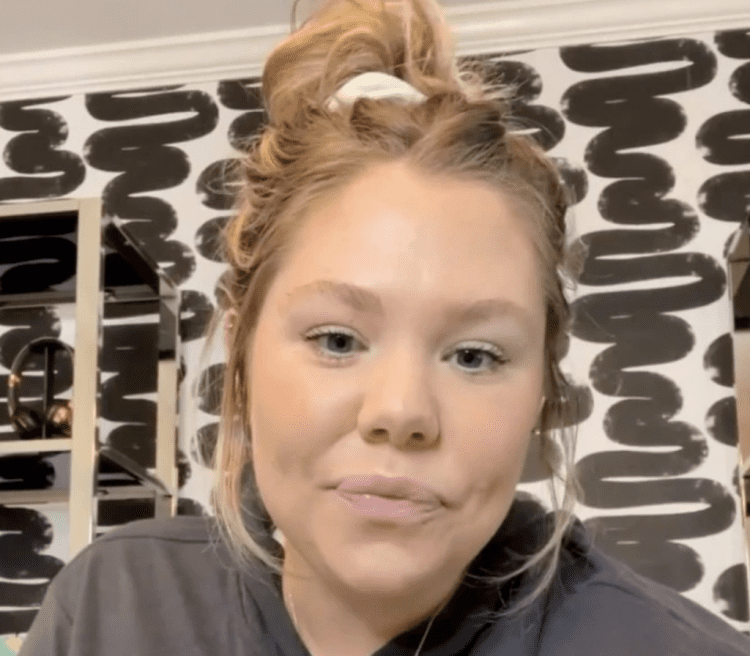 For several weeks now, rumors that Kailyn Lowry is pregnant with her fifth child have been circulating non-stop on social media.

Lowry has mostly kept mum on the issue, which might tell us all we need to know.

But while Kail has yet to make any sort of formal announcement, fans believe her Instagram page is littered with clues that she’s expecting.

The most persistent piece of “evidence” that these conspiracy theorists point to is the angle that Kail seems to prefer in all of her most recent pics and videos. 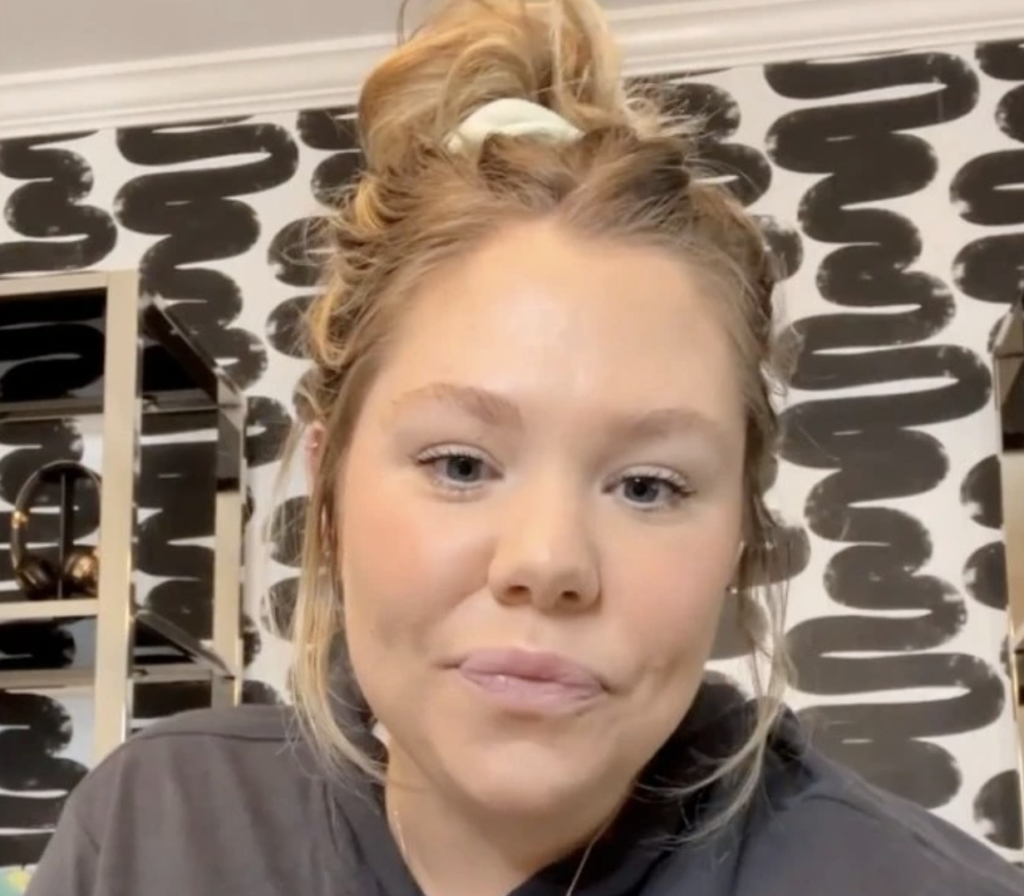 Fans think Kailyn Lowry is pregnant with her fifth child. (Photo via Instagram)

These commenters have pointed out that Lowry’s latest posts tend to only show her from the neck up.

Now, that’s the case with most self-shot pics and videos, and Kail shoots almost all of her content herself.

(And unlike her former rival Jenelle Evans, Lowry is not trying to make a name for herself as a TikTok influencer or OnlyFans creator, so she doesn’t use a tripod to record any elaborate dances.) 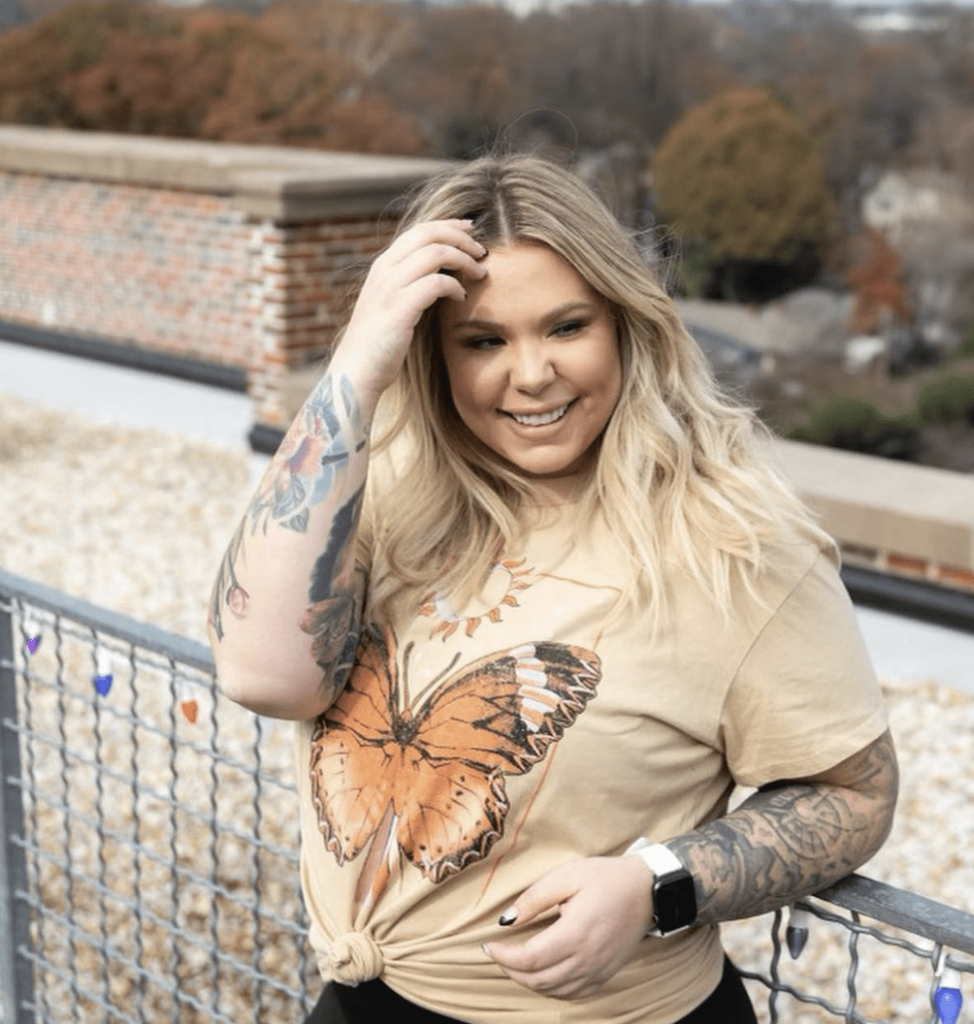 So the fact that Kail has been favoring close angles lately is not really the hard evidence that some fans seem to think it is.

Nevertheless, every time she posts a new closeup, fans go wild with speculation. 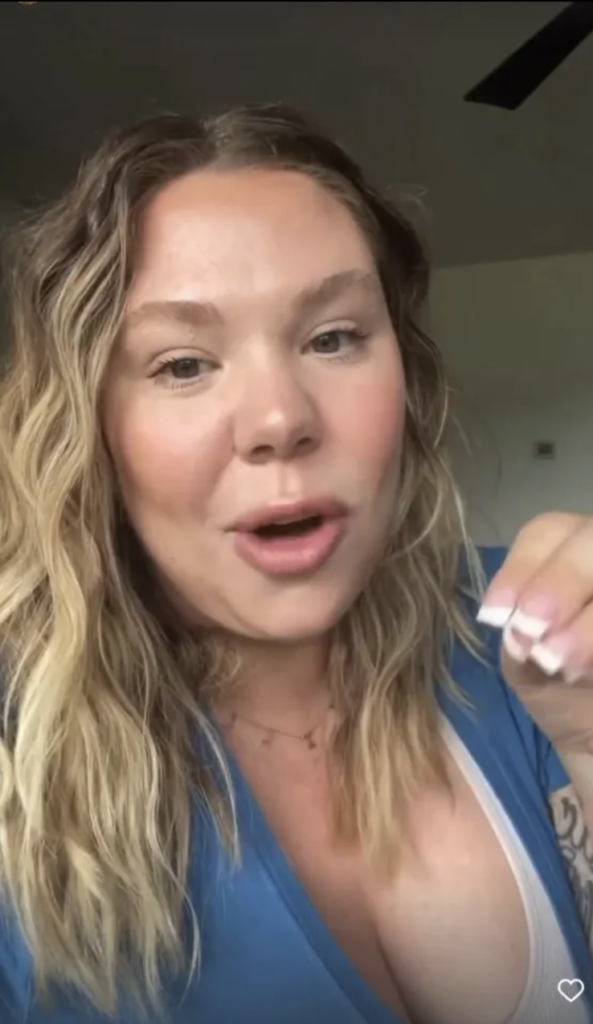 This is some real tinfoil-hat conspiracy stuff, so let us begin by saying that we at The Hollywood Gossip do not have an official opinion on the question of whether or not Kailyn Lowry is pregnant.

And we certainly don’t believe that proof can be found on her Instagram page one way or the other.

That said, let’s dive into the insanity.

If you look at the screenshots above and below, you’ll notice that Kail appears to have worn a relatively low-cut top for her most recent Story. 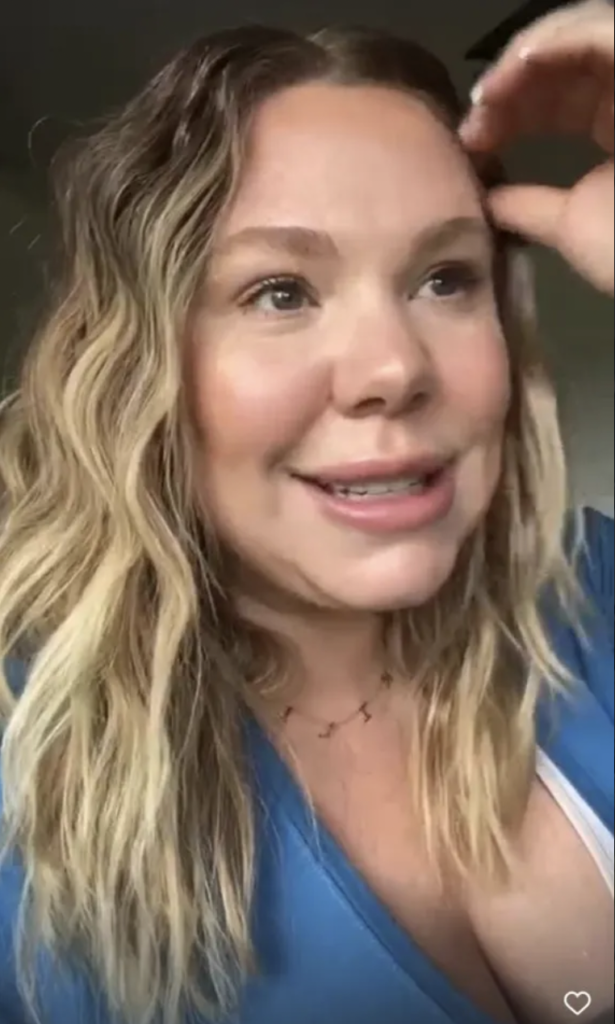 Kail seems frustrated by all the recent pregnancy rumors. (Photo via Instagram)

And what does that have to do with the possibility that she’s expecting?

Well, absolutely nothing, but it seems that fans are of the belief that Kail normally would have shown more of her form-fitting outfit.

The fact that she put on something stylish and still only shot herself from the neck up is, they believe, further evidence that she’s got a bun in the oven. 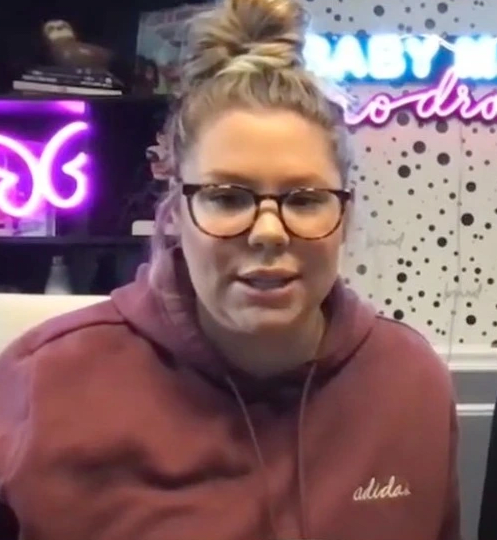 Kailyn Lowry is on the set of her podcast in this photo of the Teen Mom 2 cast member. (Photo via Instagram)

Hey, folks, we warned you that this was the most bonkers theory yet.

Of course, the fact that some fans have gone off the deep end does not negate the possibility that Kail is expecting.

After all, as many fans have pointed out, the rumors turned out to be true several times in the past. 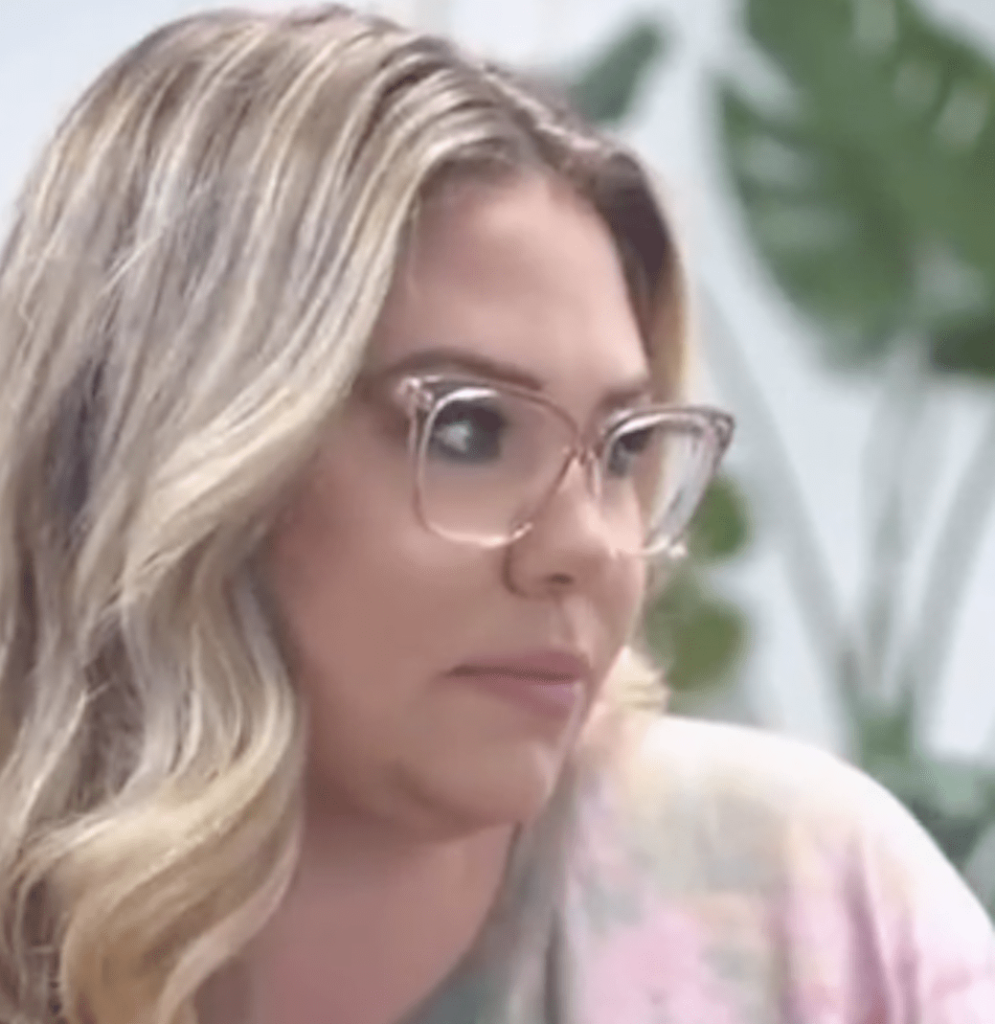 Kailyn Lowry is featured in this screen capture. We took it from her official Instagram page. (Photo via Instagram)

“So every time there’s a rumor she may be pregnant it’s true. I’d put money on it that it’s true,” one commenter recently wrote, according to UK tabloid The Sun.

Kail kept her last pregnancy under wraps for as long as she could, and it wouldn’t surprise us if she’s doing the same this time.

That said, maybe her followers should just chill on the speculation for the time being and trust that if there’s any news to share, Kail will do so when the time is right!