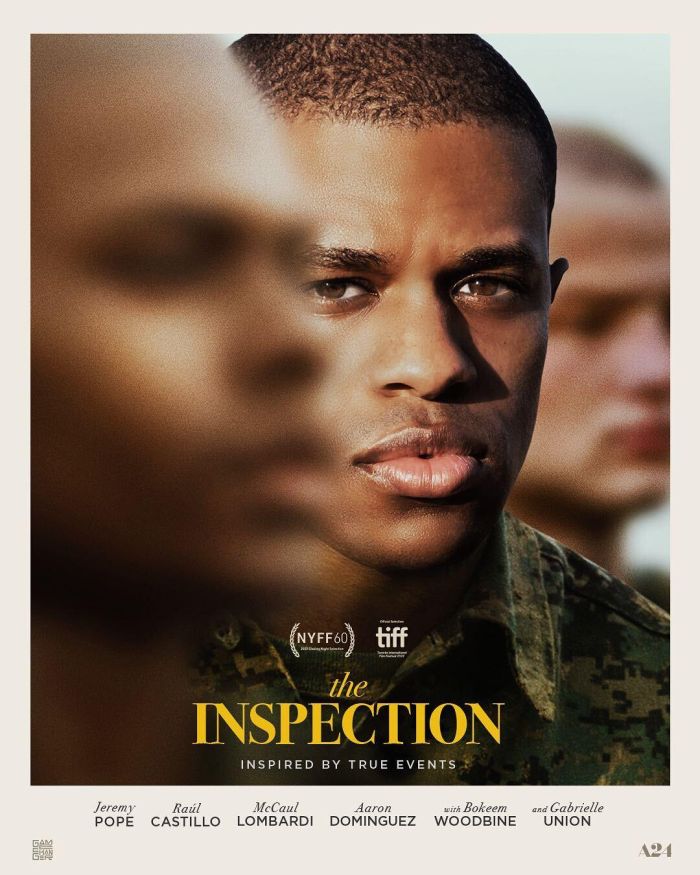 ‘The Inspection’ is the latest in a growing list of buzzworthy Dramas we’re looking forward to watching this Fall.

In Elegance Bratton‘s deeply moving film inspired by his own story, a young, gay Black man rejected by his mother and with few options for his future, decides to join the Marines, doing whatever it takes to succeed in a system that would cast him aside.

But even as he battles deep-seated prejudice and the grueling routines of basic training, he finds unexpected camaraderie, strength, and support in this new community, giving him a hard-earned sense of belonging that will shape his identity and forever change his life.

Peep the powerful trailer below:

“The Inspection is very much about my own life—a homeless guy joins the Marine Corps to win back his mother’s love, but then must conceal his attraction to his drill instructor,” said Bratton in an interview with W Magazine.

“It’s driven by a maternal relationship very much like Sirk’s work, it’s filmed in a richly, geometrically aligned style that harkens back to the formalism of Sirk. I love The Battle of Algiers by Gillo Pontecorvo, and that influenced The Inspection as well. I also love Pedro Almodóvar—I just love a filmmaker who talks about their mom because I’m perplexed by my own. Those movies make me feel less alone.”

The film (produced by Gamechanger Films and produced/distributed by A24 Films) is slated to premiere at the 2022 Toronto International Film Festival next month, close out the prestigious New York Film Festival, and open in theaters November 18th.