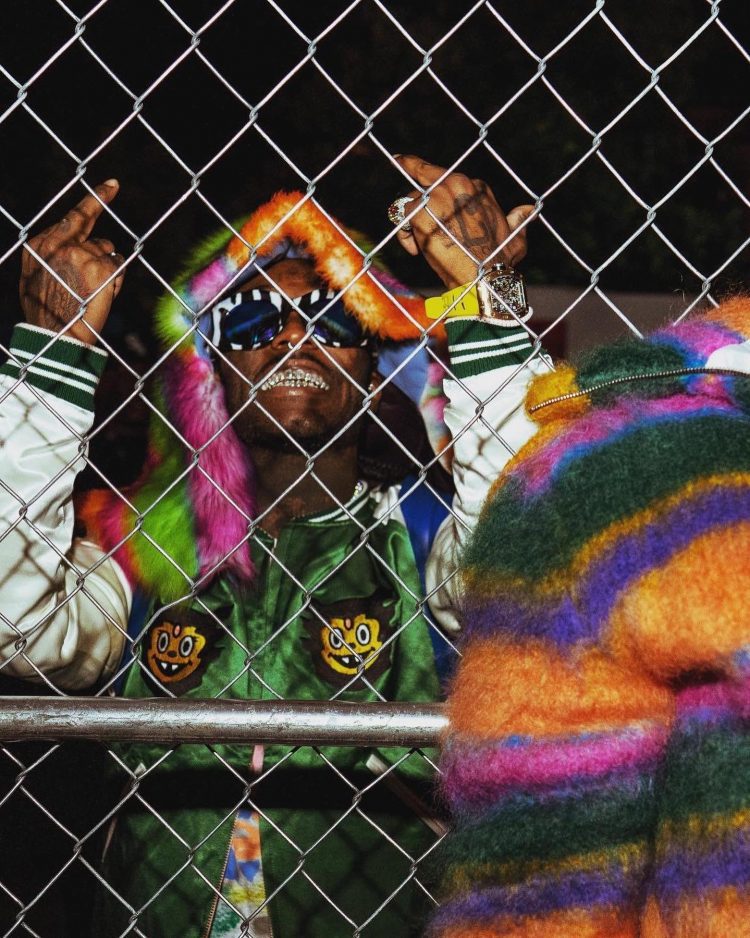 Chief Keef pulled up to Rolling Loud NY in quite the colorful fit. He stepped onto the stage of his set in patchwork paisley print skinny jeans by Amiri, and the funky Nike Dunk Low Safari Mix kicks. However, his look was dominated by a striped Marni knit outfitted with horizontal stripes of tangerine, indigo, hot pink, and hunter green. Marni’s knits have become popular among the current crowd of rap artists. Emcees from Kodak Black to Jackboy, have been spotted in a soft knit piece from the brand.

So it should come as no surprise Lil Uzi Vert was getting hype in the photo pit while wearing a matching Marni hat. Keef wasted no time in inviting Uzi onto the stage, giving concert goers a better look at the stripped faux fur hat, striped scarf and socks (all by Marni) that Uzi was wearing. Shout out to rapper Lil Gnar for catching the exciting moment on camera.

After the show, Uzi and Keef took a few photos in their complementing looks