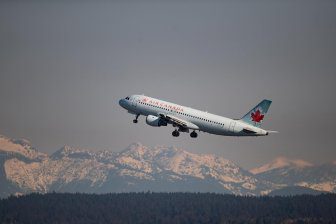 Following the arrest of The Flash actor Ezra Miller in a Hawaii karaoke bar, Warner Bros. and DC executives held a meeting to discuss the actor’s future involvement in movie projects.

As reported by Rolling Stone, the meeting held on March 30 was to discuss Miller’s arrest for disorderly conduct and harassment. The outlet claims the consensus in the room was to “hit pause on any future projects involving Miller.” This also includes any possible appearances in the DC Extended Universe.

Miller, who uses they/them pronouns, was arrested March 28 after authorities allege they “became agitated while patrons at the bar began singing karaoke.”

The report from the Hawaii Police Department also alleges that Miller, 29, “began yelling obscenities and at one point grabbed the microphone from a 23-year-old woman singing karaoke (disorderly conduct offense) and later lunged at a 32-year-old man playing darts (harassment offense).”

As of March 30, the actor has been the source of 10 police calls in Hilo, Hawaii, since March 7, The Associated Press reported.

These calls include minor incidences like filming people at a gas station, refusing to leave the sidewalk area of a restaurant, and arguing with people in public.

Miller was also hit with a temporary restraining order for allegedly harassing a couple at a Hilo hostel in Hawaii.

The court petition claims Miller entered the bedroom of the couple who filed the restraining order and threatened them, saying “I will burry [sic] you and your slut wife.”

The couple’s petition also accuses Miller of stealing some of their belongings, including a passport and wallet (which contained various ID documents and a social security card).

Rolling Stone also reported that while filming the upcoming much-anticipated The Flash movie — which has had its release delayed until June 23, 2023 — an insider said Miller had “frequent meltdowns” during production last year.

The Rolling Stone source described Miller as “losing it,” and said “Ezra would get a thought in [their] head and say, ‘I don’t know what I’m doing.’”

Miller is widely known for their roles as Patrick in The Perks of Being a Wallflower and Credence Barebone/Aurelius Dumbledore in the Harry Potter Fantastic Beasts franchise.