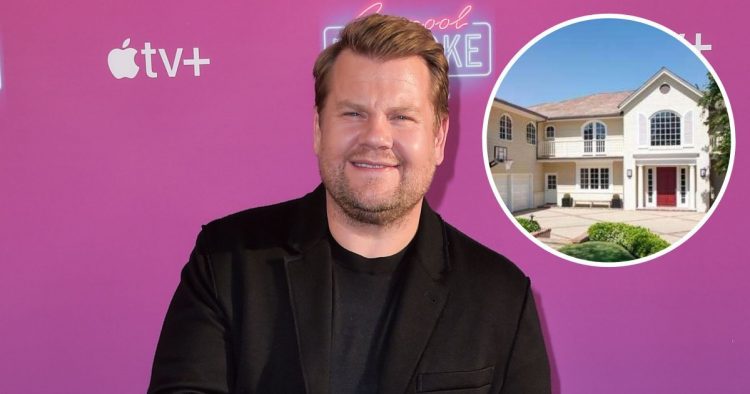 Late-night television has been dominated by talk shows for decades and is responsible for launching the careers of some of Hollywood’s biggest stars. Jimmy Fallon, Jimmy Kimmel, James Corden and other hilarious personalities got their start on nighttime programs and continue to make the audience laugh both in the studio and at home. Some of your favorite nightly hosts own gorgeous homes all over the world.

Fallon has a knack for real estate. He sold his four-unit Manhattan complex in July 2022 to model Cara Delevingne. She snagged the property for ​​$10.8 million after he initially listed it back in 2021 for $15 million, according to multiple reports. Since saying goodbye to his Grammercy Park digs, Fallon and his family have settled nicely into their Hamptons home.

The Saturday Night Live alum lives in the six-bedroom, five-and-a-half-bathroom abode with his wife, Nancy Juvonen, and their children, Frances and Winnie. The couple, who wed in 2007, purchased the house back in 2011. The farmhouse, built in the 1800s, sits on two acres of land with multiple barns and small cottages surrounding the main property.

The funnyman films his show at NBC Studios located at 30 Rockefeller Plaza. The Late Show with Stephen Colbert and Late Night with Seth Meyers are also based in New York. Stephen Colbert planted his roots in Montclair, New Jersey, while Seth Meyers and his family primarily stay at their apartment in Manhattan.

Like Fallon, Kimmel also lives in a spacious home that is perfect for his family. The Jimmy Kimmel Live! host lives on the West Coast, filming his program in Hollywood since 2003. Kimmel lives just a short car ride away from the studio in which he creates magic on television each night.

“There are lots of nice neighborhoods in Los Angeles, but the primary reason I live there is so I can be close to work,” he once told Visit California. “I have a tendency to forget things. Today I forgot my cell phone. Typically, I forget my wallet. Living in Hollywood just makes it easier to retrieve my forgotten items.”

The Late Late Show with James Corden and Real Time With Bill Maher are also based in California. In April 2022, James announced that he planned to leave his hit series in 2023.

“It’s been a really hard decision to leave because I’m so immensely proud of the show,” the Cats actor, who currently lives in Los Angeles, told Deadline at the time. “I’m thrilled to be extending [for a year]. I always thought I’d do it for five years and then leave, and then I stayed on. I’ve really been thinking about it for a long time, thinking whether there might be one more adventure.”

Keep scrolling to see into the homes of your favorite late-night hosts.