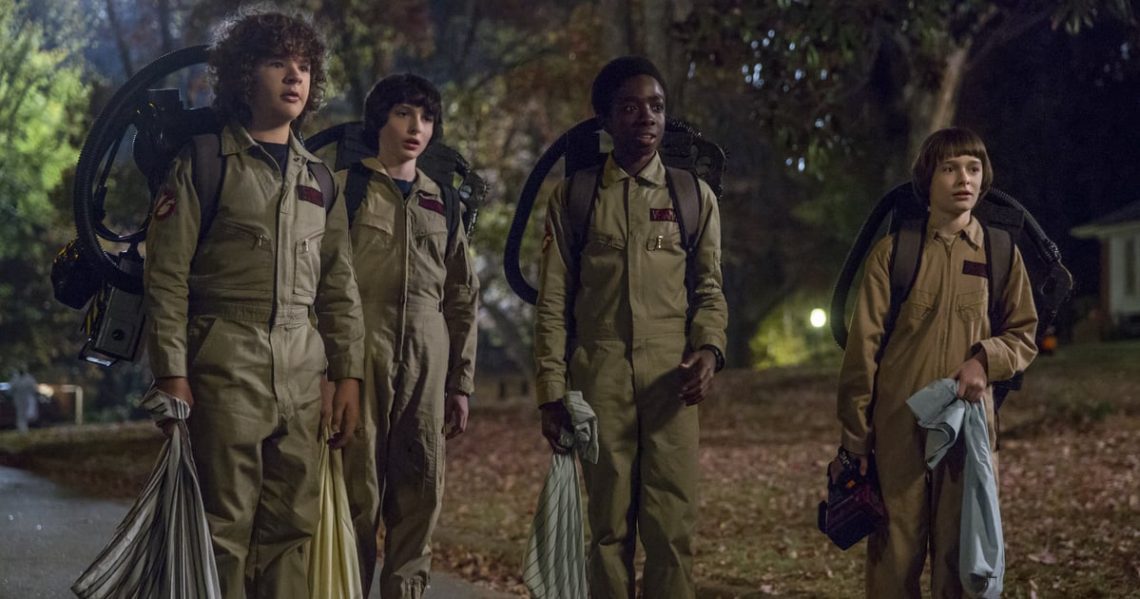 While we citizens of the real world love dressing up for Halloween, there’s another group that can also go over the top for the spooky holiday — some of our favorite characters in TV and movies! Whether it’s the “Stranger Things” gang dressing up as Ghostbusters, the “Brooklyn Nine-Nine” squad taking Halloween a little too seriously, or the cast of characters on “Euphoria” celebrating the last night of October, there are a lot of fictional Halloween celebrations that have brought us a ton of delight over the years.

Ahead, you can revisit some of these iconic moments, like the Halloween scene in “Mean Girls” and the many, many Halloween episodes of “The Office.” Whether you want to go for the world’s most meta Halloween costume — Jake Johnson as “New Girl”‘s Nick Miller as “Bee” Arthur — or just find some fun and festive shows to revisit this season, we’ve got you covered. There are friend groups — like the core four from “Insecure,” the crew of “Living Single,” and the besties on “Happy Endings” — and there are couples, like Ben and Leslie on “Parks and Recreation.”

Revisit from of our favorite fictional Halloween moments and costumes ahead, and maybe get some major inspo for your October nights.