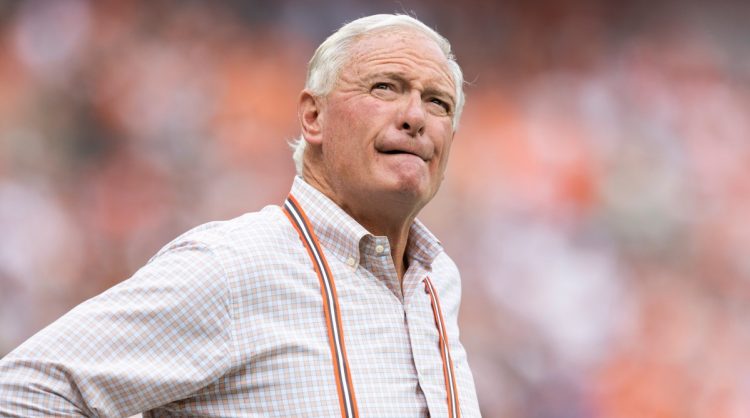 It all happened during the game between the Cleveland Browns and New York Jets on September 18 as the Browns narrowly lost 31-30.

A man was caught hitting Browns owner Jimmy Haslam with a bottle.

The #Browns have identified and plan to ban a fan who threw a bottle that struck owner Jimmy Haslam late in Sunday’s loss to the #Jets, per sources.

Here’s my video of what could’ve been a dangerous situation. The team is cooperating with authorities. https://t.co/a1mvjAkD9e pic.twitter.com/TwuPxr3655

Apparently, the man was intoxicated and has now been charged with misdemeanor disorderly conduct by intoxication.

An attorney who was arrested for throwing a water bottle at Cleveland Browns owner Jimmy Haslam at the end of a home game last month has been charged with misdemeanor disorderly conduct by intoxication.https://t.co/29edC93oIJ