Medium COVID Could Be the Most Dangerous COVID 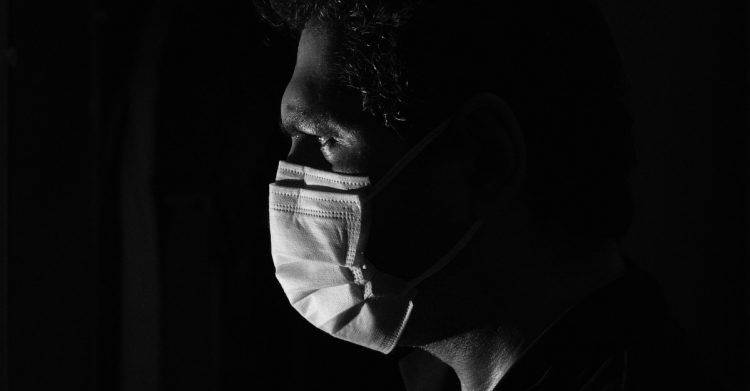 I am still afraid of catching COVID. As a young, healthy, bivalently boosted physician, I no longer worry that I’ll end up strapped to a ventilator, but it does seem plausible that even a mild case of the disease could shorten my life, or leave me with chronic fatigue, breathing trouble, and brain fog. Roughly one in 10 Americans appears to share my concern, including plenty of doctors. “We know many devastating symptoms can persist for months,” the physician Ezekiel Emanuel wrote this past May in The Washington Post. “Like everyone, I want this pandemic nightmare to be over. But I also desperately fear living a debilitated life of mental muddle or torpor.”

Recently, I’ve begun to think that our worries might be better placed. As the pandemic drags on, data have emerged to clarify the dangers posed by COVID across the weeks, months, and years that follow an infection. Taken together, their implications are surprising. Some people’s lives are devastated by long COVID; they’re trapped with perplexing symptoms that seem to persist indefinitely. For the majority of vaccinated people, however, the worst complications will not surface in the early phase of disease, when you’re first feeling feverish and stuffy, nor can the gravest risks be said to be “long term.” Rather, they emerge during the middle phase of post-infection, a stretch that lasts for about 12 weeks after you get sick. This period of time is so menacing, in fact, that it really ought to have its own, familiar name: medium COVID.

Just how much of a threat is medium COVID? The answer has been obscured, to some extent, by sloppy definitions. A lot of studies blend different, dire outcomes into a single giant bucket called “long COVID.” Illnesses arising in as few as four weeks, along with those that show up many months later, have been considered one and the same. The CDC, for instance, suggested in a study out last spring that one in five adults who gets the virus will go on to suffer any of 26 medical complications, starting at least one month after infection, and extending up to one year. All of these are called “post-COVID conditions, or long COVID.” A series of influential analyses looking at U.S. veterans described an onslaught of new heart, kidney, and brain diseases (even among the vaccinated) across a similarly broad time span. The studies’ authors refer to these, grouped together, as “long COVID and its myriad complications.”

But the risks described above might well be most significant in just the first few weeks post-infection, and fade away as time goes on. When scientists analyzed Sweden’s national health registry, for example, they found that the chance of developing pulmonary embolism—an often deadly clot in the lungs—was a startling 32 times higher in the first month after testing positive for the virus; after that, it quickly diminished. The clots were only two times more common at 60 days after infection, and the effect was indistinguishable from baseline after three to four months. A post-infection risk of heart attack and stroke was also evident, and declined just as expeditiously. In July, U.K. epidemiologists corroborated the Swedish findings, showing that a heightened rate of cardiovascular disease among COVID patients could be detected up to 12 weeks after they got sick. Then the hazard went away.

This is all to be expected, given that other respiratory infections are known to cause a temporary spike in patients’ risk of cardiovascular events. Post-viral blood clots, heart attacks, and strokes tend to blow through like a summer storm. A very recent paper in the journal Circulation, also based on U.K. data, did find that COVID’s effects are longer-lasting, with a heightened chance of such events that lasts for almost one full year. But even in that study, the authors see the risk fall off most dramatically across the first two weeks. I’ve now read dozens of similar analyses, using data from many countries, that agree on this basic point: The greatest dangers lie in the weeks, not months, after a COVID infection.

Read: Long COVID could be a ‘mass deterioration event’

Yet many have inferred that COVID’s dangers have no end. “What’s particularly alarming is that these are really life-long conditions,” Ziyad Al-Aly, the lead researcher on the veterans studies, told the Financial Times in August. A Cleveland Clinic cardiologist has suggested that catching SARS-CoV-2 might even become a greater contributor to cardiovascular disease than being a chronic smoker or having obesity. But if experts who hold this assumption are correct—and the mortal hazards of COVID really do persist for a lifetime (or even many months)—then it’s not yet visible at the health-system level. By the end of the Omicron surge last winter, one in four Americans—about 84 million people—had been newly infected with the coronavirus. This was on top of 103 million pre-Omicron infections. Yet six months after the surge ended, the number of adult emergency-room visits, outpatient appointments, and hospital admissions across the country were all slightly lower than they were at the same time in 2021, according to an industry report released last month. In fact, emergency-room visits and hospital admissions in 2021 and 2022 were lower than they’d been before the pandemic. In other words, a rising tide of long-COVID-related medical conditions, affecting nearly every organ system, is nowhere to be found.

If mild infections did routinely lead to fatal consequences at a delay of months or years, then we should see it in our death rates, too. The number of excess deaths in the U.S.—meaning those that have occurred beyond historic norms—should still be going up, long after case rates fall. Yet excess deaths in the U.S. dropped to zero this past April, about two months after the end of the winter surge, and they have stayed relatively low ever since. Here, as around the world, overall mortality rates follow acute-infection rates, but only for a little while. A second wave of deaths—a long-COVID wave—never seems to break.

Even the most familiar maladies of “long COVID”—severe fatigue, cognitive difficulties, and breathing trouble—tend to be at their worst during the medium post-infection phase. An early analysis of symptom-tracking data from the U.K., the U.S., and Sweden found that the proportion of those experiencing COVID’s aftereffects decreased by 83 percent four to 12 weeks after illness started. The U.K. government also reported much higher rates of medium COVID, relative to long COVID: In its survey, 11 percent of people who caught the virus experienced lingering issues such as weakness, muscle aches, and loss of smell, but that rate had dropped to 3 percent by 12 weeks post-infection. The U.K. saw a slight decline in the number of people reporting such issues throughout the spring and summer; and a recent U.S. government survey found that about half of Americans who had experienced any COVID symptoms for three months or longer had already recovered.

This slow, steady resolution of symptoms fits with what we know about other post-infection syndromes. A survey of adolescents recovering from mononucleosis, which is caused by Epstein-Barr virus, found that 13 percent of subjects met criteria for chronic fatigue syndrome at six months, but that rate was nearly halved at one year, and nearly halved again at two. An examination of chronic fatigue after three different infections—EBV, Q fever, and Ross River virus—identified a similar pattern: frequent post-infection symptoms, which gradually decreased over months.

The pervasiveness of medium COVID does nothing to negate the reality of long COVID—a calamitous condition that can shatter people’s lives. Many long-haulers experience unremitting symptoms, and their cases can evolve into complex chronic syndromes like ME/CFS or dysautonomia. As a result, they may require specialized medical care, permanent work accommodations, and ongoing financial support. Recognizing the small chance of such tragic outcomes could well be enough to make some people try to avoid infection or reinfection with SARS-CoV-2 at all costs.

But if you’re like me, and trying to calibrate your behaviors to meet some personally acceptable level of COVID risk, then it helps to keep in mind the difference between the virus’s medium- and long-term complications. Medium COVID may be time-limited, but it is far from rare—and not always mild. It can mean a month or two of profound fatigue, crushing headaches, and vexing chest pain. It can lead to life-threatening medical complications. It needs recognition, research, and new treatments. For millions of people, medium COVID is as bad as it gets.