Michael B. Jordan and Jonathan Majors Are On-Screen Rivals But Real-Life Watch Buddies 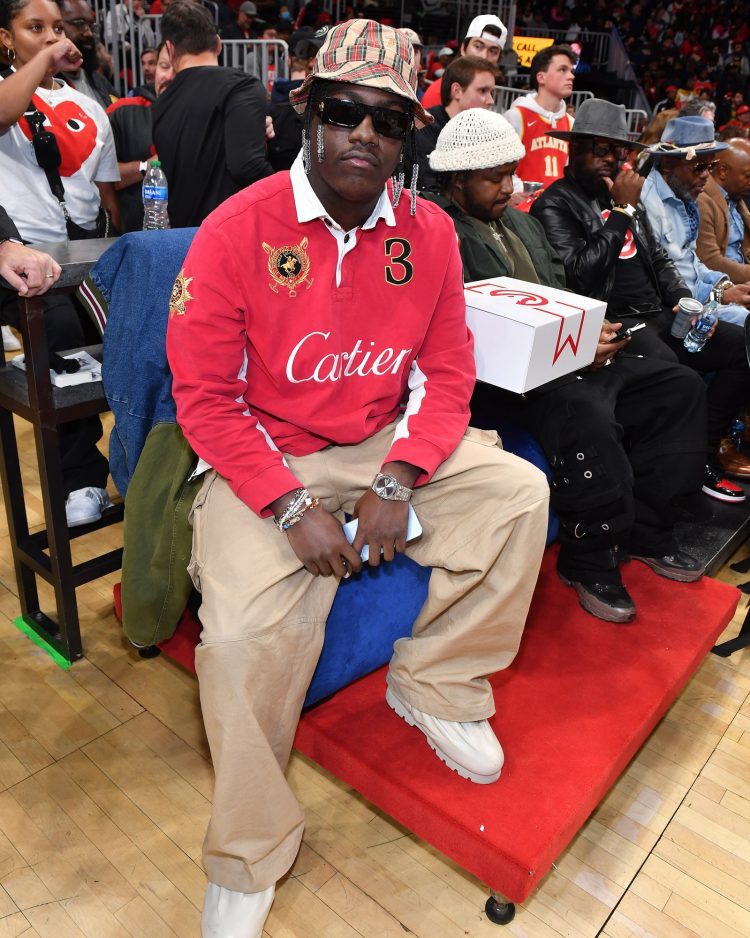 Next year, Michael B. Jordan and Jonathan Majors will play long-lost friends turned boxing rivals in Creed III. But more important than becoming acting partners? Being watch pals. The pair sat courtside for the Atlanta Hawks’ opening night game each wearing a variation on a super-classic watch.

Majors is wearing one of the cleanest Rolex Submariners in existence. This version of the watch, which debuted in 1990, ushered in a new era for the Submariner by losing its date window, giving the model a more modern look. Oddly enough, this watch’s uncrowded dial means it’s actually a less technically advanced version of the Submariner—even if it’s more desired by collectors for that very reason. Most Rolex watches are tested and certified by the Official Swiss Chronometer Testing Institute (COSC) and feature the phrase “Superlative Chronometer Officially Certified” on their dials. Early models of this particular Submariner Majors wore didn’t go through this testing, leaving the watch with only two lines of text below the center of the dial—which is why watch people call this the “two-line” Submariner.

Jordan’s take on the Day-Date is no slouch either. While the watch typically a quiet favorite at board meetings, Jordan’s Day-Date supplies plenty of va-va-voom. A rose-gold case, diamond hour markers, and a tasty brown dial won’t sit quietly anywhere—even in one the Hawks’ fantastically blingy courtside seats. 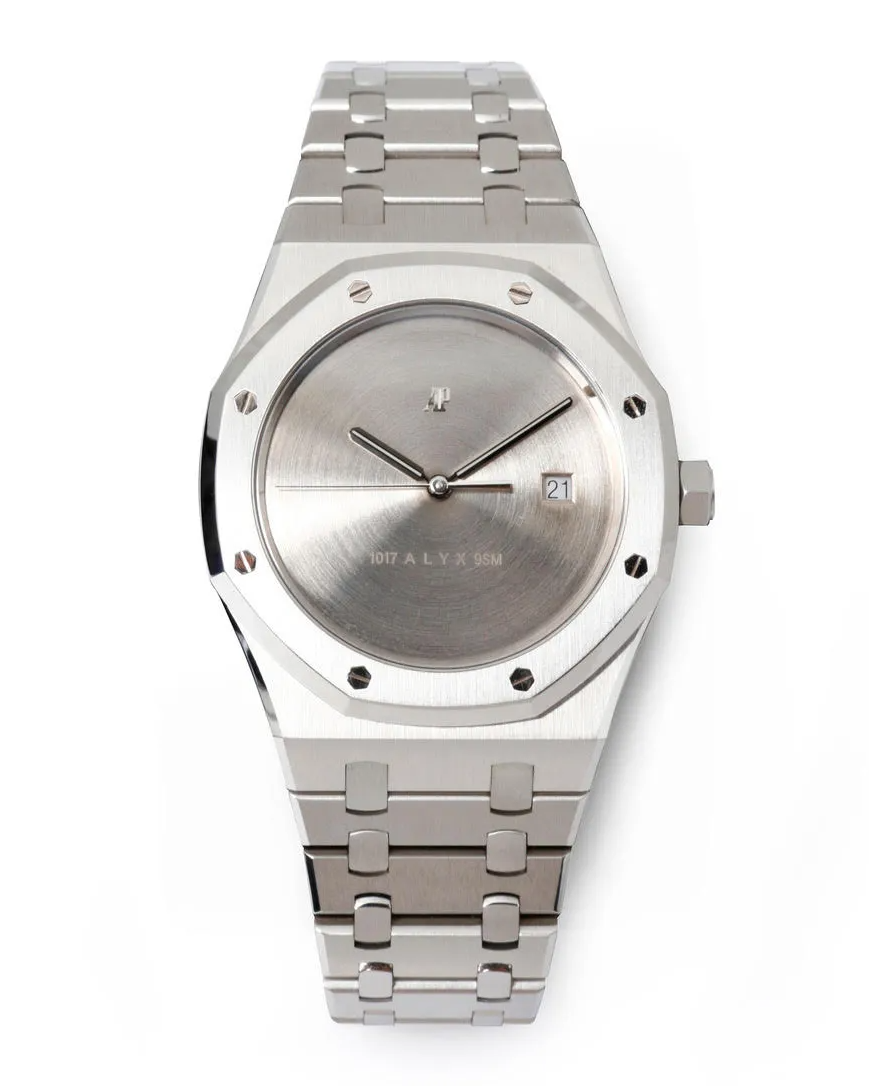 All the way back in 2019, Alyx designer Matthew Williams decided to start turning out customized versions of the beloved Royal Oak with Mad Paris. The two major changes are in classic Alyx style: the brushed-steel dial looks like the underside of a CD, while Williams’ signature roller-coaster buckle replaces the strap. (You can see it on Yachty’s wrist in this photo.) Williams admitted at the time that the 40 pieces he planned on making were “not gonna all sell tomorrow,” he told GQ. “They’re probably gonna sell over the next few years.” I almost forgot about them until this week, when Williams’s prediction was proven correct. The official Taker of Wock to Poland wore the customized Royal Oak to the same Hawks game Majors and Jordan attended. Pretty good wrist spotting in Atlanta. 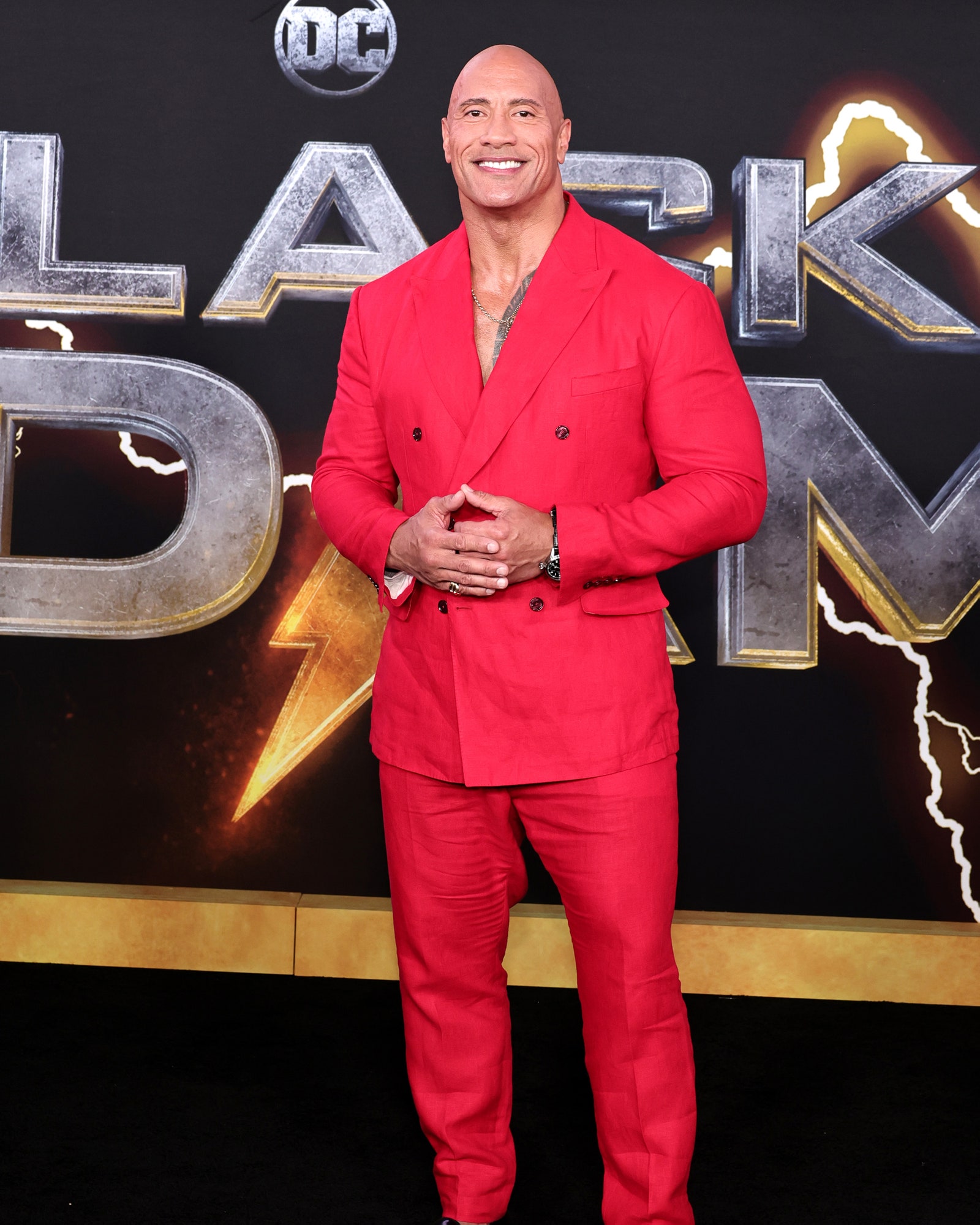 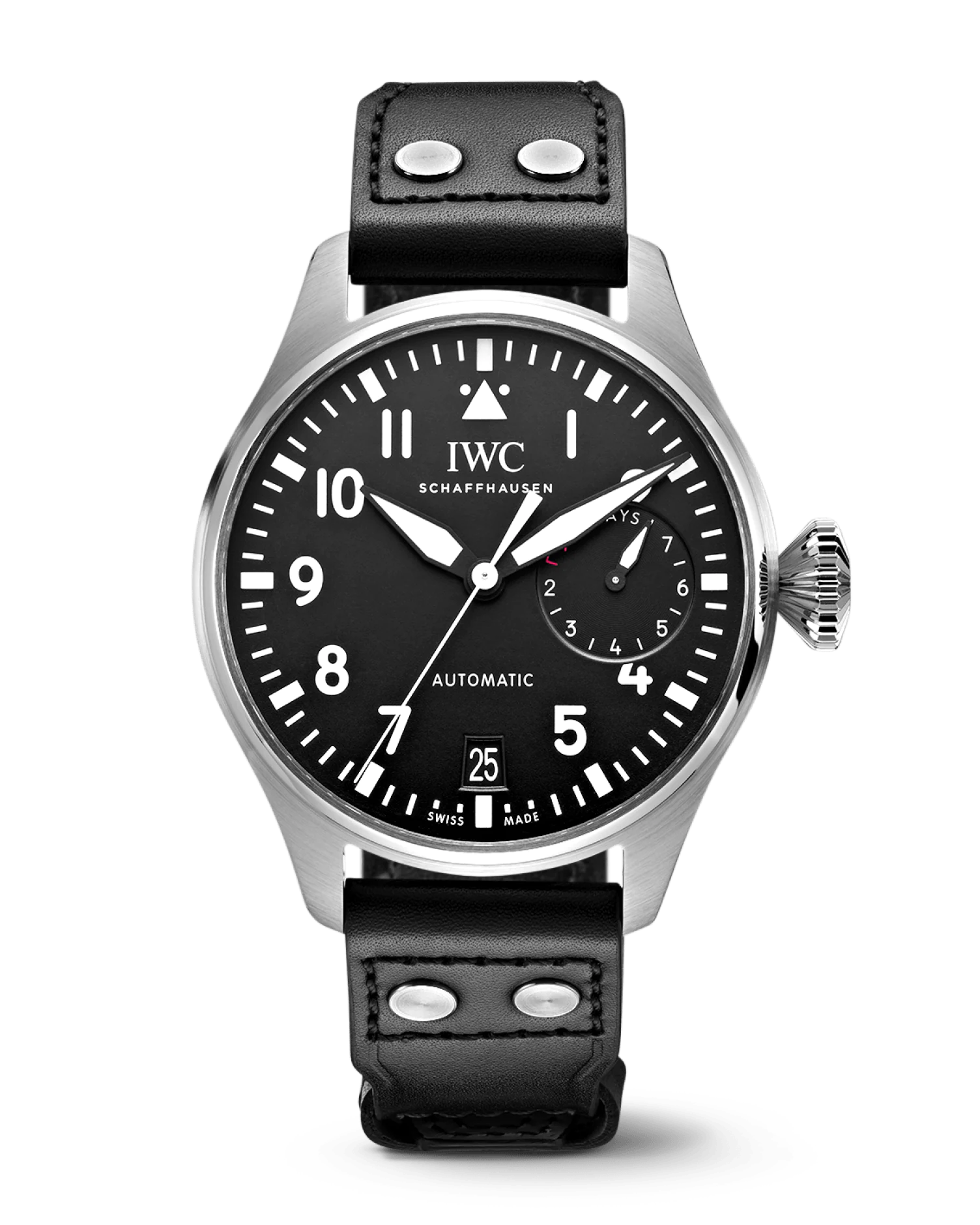 a steel and black watch

It’s a good time to be a big watch collector. I don’t mean, like, a guy who’s big into watches—I mean literally a big watch collector. There’s a reason guys like Sylvester Stallone and Arnold Schwarzenegger gravitated towards pieces from Panerai in the ‘90s: it was one of the few brands offering something for the big dudes. Now, nearly every brand makes Rock-sized watches. IWC, in particular, makes that bigness part of its pitch to collectors. The size is included in the name. What watch do you need if you’re a big dude? Well, a Big Pilot, of course. 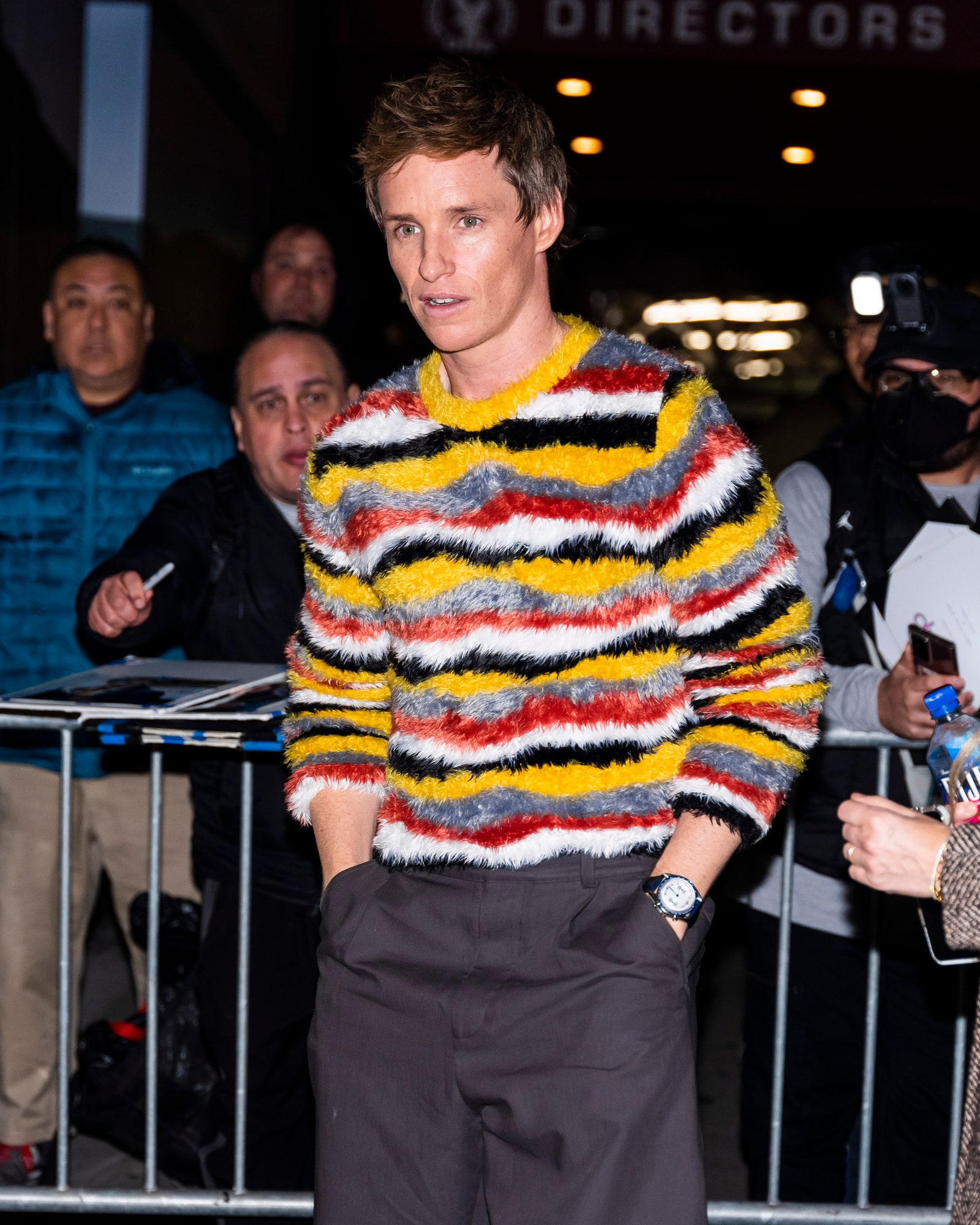 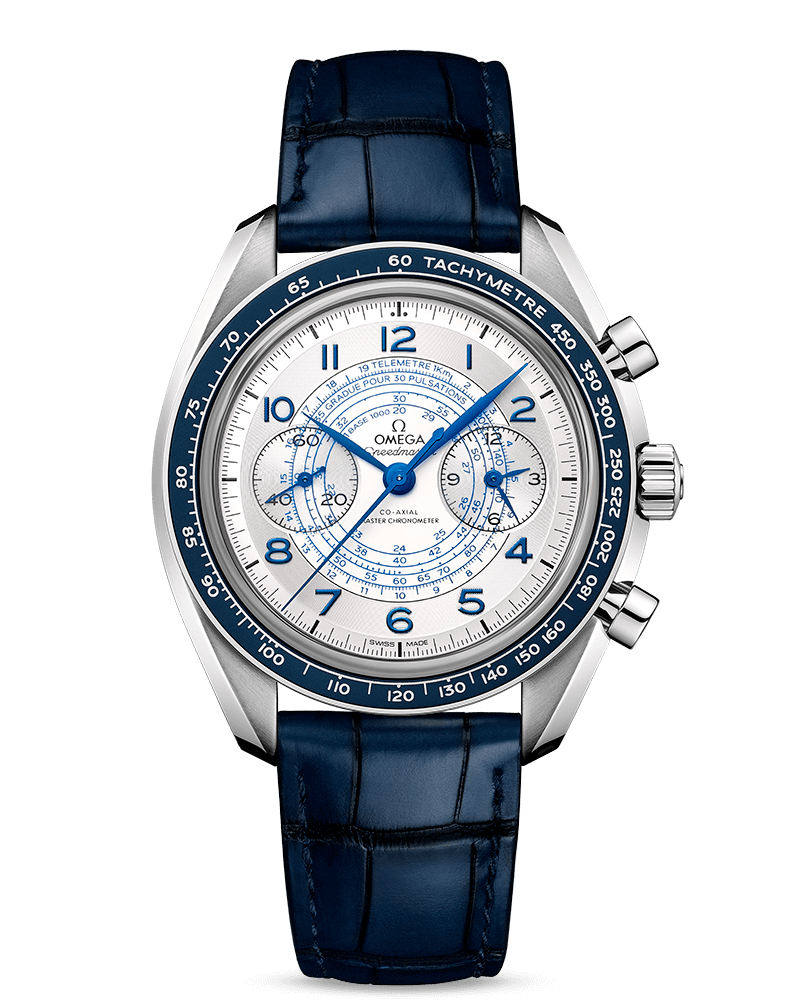 a steel watch with blue accents

The Speedmaster NASA astronauts used to get to the moon not technical enough for you? Try Redmayne’s Speedmaster Chronoscope, which has scales to measure speed, distance, and your pulse (known as the tachymeter, telemeter, and pulsometer scales, respectively). While Redmayne probably won’t put this watch to practical use, those timing devices served as a good excuse for Omega to revive the watch’s 1940s-era circle-in-a-circle-in-a-circle design, known as the “snail” dial. Handsome looks and a cute nickname. 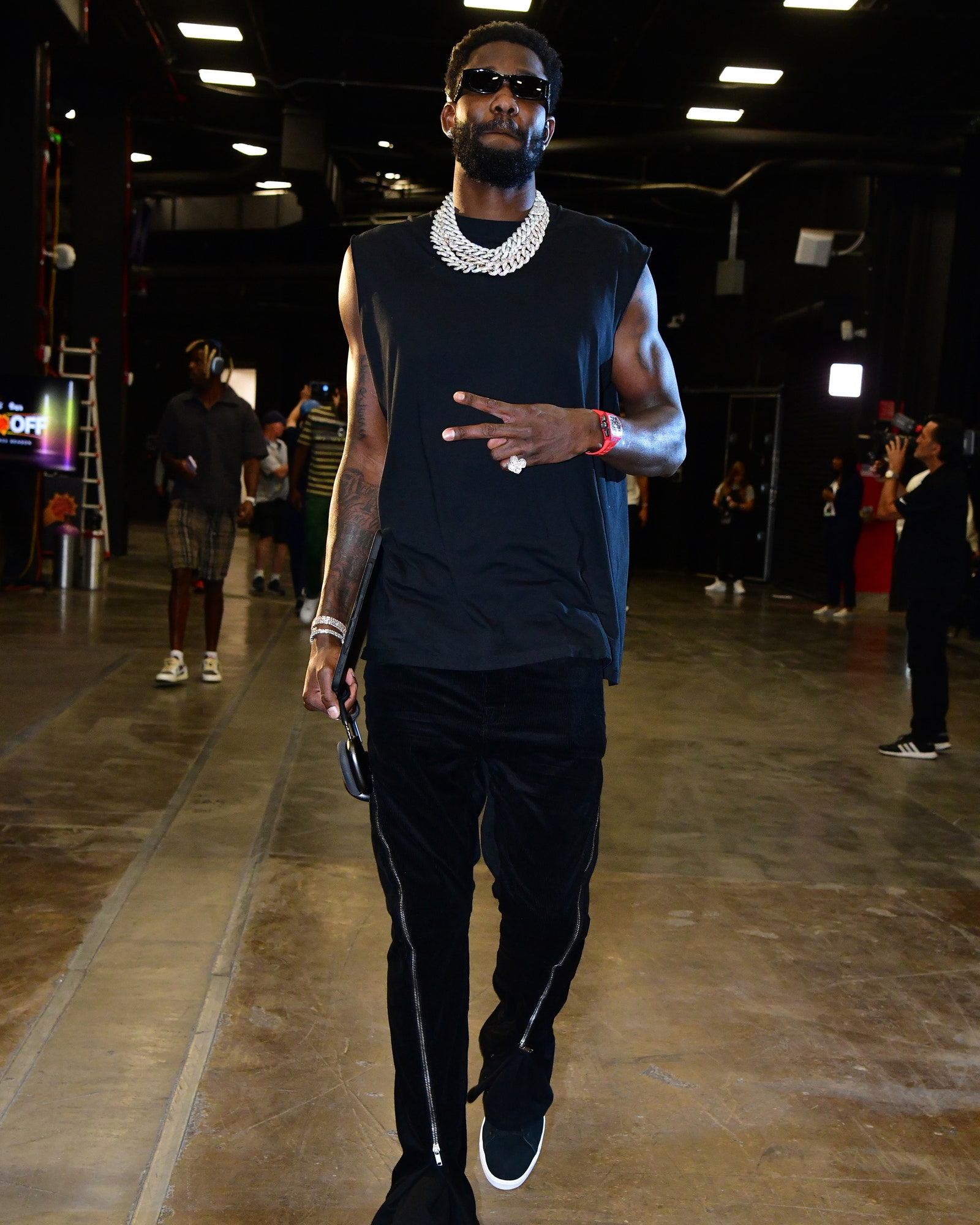 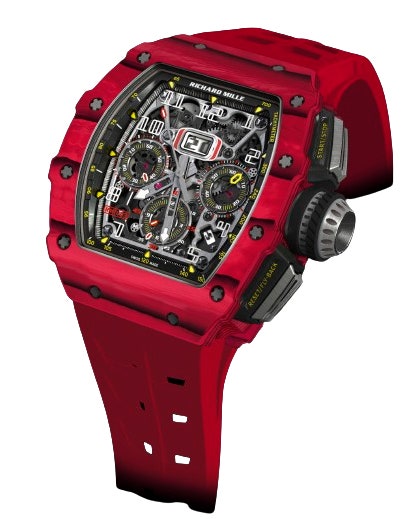 Phoenix Suns center Ayton looks like a man who just signed a new contract. Sure, he’s got massive iced-out necklace coiled around his neck—but he’s also rocking Richard Mille’s RM 11-03 in red, a version of the watch limited to just 50 pieces. The RM 11-03 is a favorite among NBA players, but RM turned them out in enough special-edition colorways and variations that no one really has to copy an opponent or even a teammate if they want one. Ayton’s watch retailed for $173,500 when it was released in 2019, but that’s no problem for the Suns’ new $133 million man.